skip to main | skip to sidebar

Lucia is a small family winery and vineyards in the Santa Lucia Highlands, a flourishing new region near Monterey, CA. Jeff Pisoni commissioned this redesign, simplifying and revealing the interesting range of wines, which are mostly sold to restaurants and specialty venues. Excellent 2008 Syrah.
http://www.luciavineyards.com
Posted by Timehacker at 2:35 PM No comments: 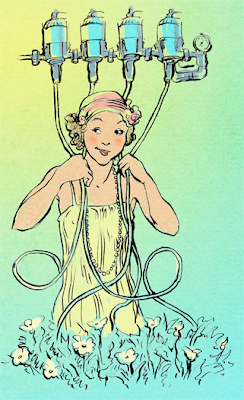 This is from a series of illustrations from the hydroponic equipment catalog for Oakland Farm and Feed. The feeling that the client wanted was that of a seed catalog printed in the 1920's, with flapper girls and scenes of Oakland.

Kuksu is now available on DVD.

It is in the late 1920's somewhere in Northern California. Dr. Edward Spears, a psychiatrist, has the responsibility of raising his two nieces, Caroline and Gina after the death of their parents. As they are reaching adulthood, he has less and less control of them, and they spend hours in their private rituals in which they try to evoke Indian "spirits."

When Caroline is seen on the roof of her school dormitory in one of her ritual dances, Edward decides to put them in the custody of the mysterious Mrs. E., to avoid further scandal. The girls are frightened, and before the are sent off, they decide to run away at night into the hills, to live with some kind of beings that Caroline is convinced exist somewhere in the wilderness...

Posted by Timehacker at 12:23 AM No comments: 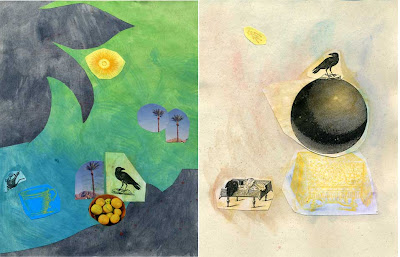 A relief from drawing, an old copy machine gives a refreshingly non digital method for juxtaposing imagery; pieces of paper are washed with color and edges are allowed a hands-on treatment instead of the usual digitally corrected seamlessness... 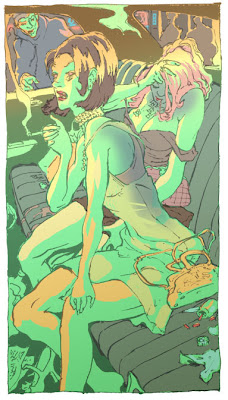 I think about the nights driving around the Mission in San Francisco and I wonder how those girls ever lived their way back down to earth. Exhaustion was the headiest drug of all; fueling a somnambulistic state of fever-dream, altering reality once and for all...

MAD PROCTOLOGISTS OF THE THIRD REICH-(Preview) 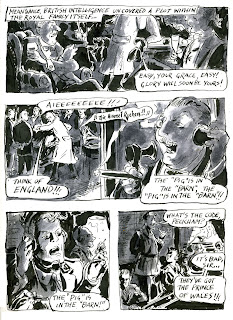 Fascism begins from within...
http://www.babakitisarts.com/mad-proctologists.html 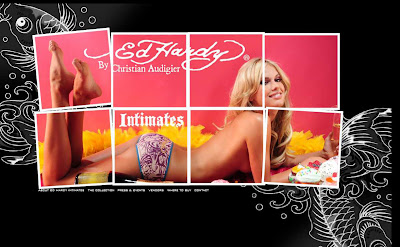 Don Ed Hardy
I get to do a Flash intro to the Christian Audigier line of intimates based on Ed Hardy's tattoo designs...nice photography!